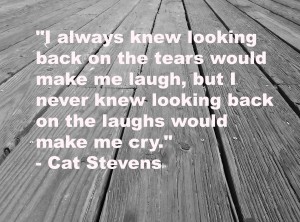 Mother was pleasant almost giddy on the phone. I wasn’t sure what she was taking but this was better than vodka. She wasn’t mean like vodka made her. I listened as she told me about her newest provider. Audrey had been gone a while now. She had been the best provider Mother had. She really cared and treated her well. She showed her love. Mother really liked Audrey and I liked her too. But now, Mother was on her third or fourth provider in a couple of months. I couldn’t tell if they were as bad as Mother said they were or if Mother was so mean to them – they refused to go back. It was probably both. Mother could be mean. If you made her mad or she felt threatened all kinds of ugly scary words would come rolling out of her mouth. But nonetheless she still hadn’t found the right provider. Good ones were hard to find. They work in difficult situations helping people with household tasks and bathing. They are not paid much.

“Oh, I got my new provider. She’s kind of lazy. I asked her to move a chair for me and she told me she didn’t want to mess up her nails. She told me there wasn’t any reason I couldn’t move my own chair.” Mother stated. I giggled to myself. I could hear the whole conversation playing out in my head. Mother wasn’t one to take any junk from anyone. She was older and wasn’t as strong as she use to be but she was still scrappy and would give you a good cussing and pick up her cane and hit you with it. She wasn’t afraid to be mean.

Mother continued… “She needs a baby sitter. She said she’d pay me twenty dollars a week to watch her kids. She’ll bring snacks and stuff.” Holy Cow! The warnings in my head were going crazy now. Mother, who didn’t raise her own child, who was drunk or messed up most of the time, had roaches, and couldn’t take care of her own self was going to watch someone else’s small children!!! Oh my goodness! “Mother, I don’t think that’s a good idea. Kids are hard. I don’t think you should watch them. She really needs to find someone else.” My heart hurt thinking of those small kids and wondering what was wrong with that Mother/provider that she would even begin to think it was okay to leave those kids with Mother. It wasn’t safe. Mother couldn’t care for them and she had all kinds of different people in and out of her house. Really nice people who tried to help her and scary mean people who tried to keep her using and drinking. Mother replied…”yeah, you’re probably right.” And soon we ended the conversation.

After several weeks, Mother informed me that provider wouldn’t be back. Something about the provider had raised a fist to Mother or something like that. More craziness.

It wasn’t long before she was telling me about the next provider…“She took me to Red Lobster for my birthday.” Warning!!! Something’s not right! A provider making minimum wage taking a complete stranger to Red Lobster for her birthday. Mother continued…“She cut my hair and colored it for me too.” Well that was nice…I thought. I tried to decipher in my mind…was I just being overly critical or was this new provider up to no good? I knew there were nice people in the world. However, I also knew the type of people mother tended to run with and attract. Mother continued –“Oh, she’s so nice. You should see my hair. Wasn’t that nice, Kandy? She took me to Red Lobster.” Hmmm…Something’s not right, was all I could think. “Yes, that was nice.” I stated.

Not too long after, I drove the two hours to check on mother. The new provider was there. She was driving a nice Escalade. More alarms. Something just wasn’t right. But maybe she was just a nice lady whose husband had a great job and she just did this for extra money and to give back. Maybe I was just being critical and feeling guilty because she appeared to be doing more for Mother than what I was. The lady was nice enough. Something still felt weird.

Over the course of several weeks and conversations, Mother continued to tell me how nice the provider was. “She took me to several doctor’s appointments and even took me to the ER.” I had multiple warnings going off in my head. Something was up. This person sounded like she was grooming mother for something. I hated being so skeptical and critical but that’s what the world of addiction had taught me. Beware. I knew something was up. Mother continued “I hope she comes today. She owes me twenty dollars.” Hold up! “Why does she owe you money? Mother, you don’t have anything to give her.” Besides, I thought to myself – she drives an Escalade. Why would she be taking money from Mother who lives on a tiny amount of money? I knew something was wrong. Mother kept talking and finally let it slip… That nice provider had been taking mother to the doctor’s appointments – not to be nice but for the pills. She was using Mother to get prescription medications she could sell. Or most likely – they were using each other. She was giving mother some of the earnings. That’s why she owed mother money. I sat with my jaw dropped and infuriated. I had previously worked as a regulator for the type of company the provider worked for. Now here my own Mother was conspiring with a provider that was hired to provide care to people who were unable to care for themselves. I was truly amazed that I could still be surprised.

I hung up with mother. I immediately called the Administrator at the agency. I informed her what was going on and suggested she investigate because I was pretty sure the provider was selling to some of her other clients. I was mortified. My mother was driving me crazy!

I didn’t know whether to laugh or cry! So I did both. The more mother’s addiction escalated the crazier the stories got. When I told people the stories… I could hear my words. I could see their expressions…I knew how crazy it sounded. How crazy I sounded. It’s always nice to connect to another ACOA – they get it. They can laugh and cry with you. They get the craziness. They get the inappropriate laughs. They don’t judge the craziness. They get it.

Still trying to find the sweet side of that crazy!

1 thought on “Mother and the crazy providers”