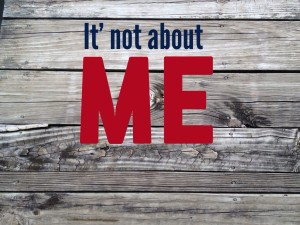 “Mother, I don’t understand! Why do you always pick your stupid drugs and alcohol over me? You have done it my entire life. Why do you keep doing it? It causes so much pain. I hate those stupid things! Don’t you love me? Why do you love the drugs more than you love me? If you didn’t you could stop. I need my mother! They stole you from me! Please stop! I can’t take it anymore. It’s killing me. Stop it”

I was in my early twenty’s talking to my mother on the phone. Early twenties. The other women I knew who were my mother’s age didn’t behave this way. They were grown up, responsible and helped guide their kids. I was at my wit’s end. I was always trying to guide my mother and get her to make better choices. I can’t remember the exact circumstances of this phone call because there were so many incidents. But the phone call sticks out in my mind. It wasn’t so much a conversation as it was me bombarding her with my disappointments, hurt and frustration. I was so mad at her. Maybe it was because I had received a phone call from the police after her neighbors had turned her in for rummaging through their medicine cabinet after she asked to use their bathroom. Or maybe it was after I had found out she had pawned a television my husband, Scott had loaned her. Or maybe it was after she stole a bunch of stuff from someone’s house and Scott and I had to return it on Christmas day. Then I had to listen to the lady tell me how horrible my mother was instead of her thinking about the bigger picture – a 20 year old girl just had to do the right thing on Christmas day and return a bunch of things her mother had stolen. It could have been a thousand different reasons. I don’t remember the exact reason for the phone call.

She could handle tough things better on the phone when she didn’t have to look at you. But it still wasn’t easy. It was excruciating for her. She didn’t say much. What could she say? Those words must have been terribly difficult and heartbreaking to hear from your daughter. I’m sure she was embarrassed and her sober kind, insecure, tenderhearted, timid self never would have behaved that way.  My mother hated confrontation. Unless she was drunk. And then she wanted to fight. She could get really mean. She wasn’t drunk when I asked her those hard questions. She was clean for the moment. I knew it was painful for her to hear but I had to ask. I had to express my feelings. I thought I could make her stop if she knew how much she was killing me. I don’t remember her answers. I remember her quietly and timidly trying to explain the impossible. She would start and then she would clam up like she always did. Almost as if she wanted to explain but didn’t have the courage or maybe she knew a person who wasn’t an addict would never really understand. Maybe there was no possible way she could explain how she was powerless to a substance and she was completely under its control. And honestly how could I ever understand. I hadn’t walked her walk and I thank God for that every day. She would tell me how thankful she was I hadn’t gone down the same dark path.

I’m sure over the years my questions, expectations, rules, boundaries, anger, looks, tones and obvious disappointments constantly made her feel judged and miserable. As if she didn’t have enough internal misery and guilt to deal with. I understand addiction pretty well. I have lived with it my entire life. I went to a couple of Alateen meetings but they weren’t really for me. I worked in a detox unit as a float pool nurse for several years. But mainly I have life experience. Lots of it. I hate addiction! I hate the destruction it causes. It’s not selective either. It wants everyone and anyone. It wants to destroy lives and cause as much destruction as possible. It wants to be passed down from generation to generation. Claiming everyone in its path. The more pain, the better.

As far back as I can remember mother was always using. She started around fourteen. It was just a little experimentation initially. Just sampling things and then it turned into so much more. It was how she dealt with things. It was her escape. That’s why I hated it so much. I wanted my mother to be strong and fight and quit being so weak. I wanted her to face things. Get some courage. Tell people what she really thought. I wanted my mother to love me and take care of me like other mothers. I wanted her to be at my school functions and events. I wanted her to pack my lunches, fix my hair and make sure my clothes were clean. I wanted her to take care of my basic needs and show me love all the time. I wanted to be first….before the drugs and alcohol. Instead, she struggled. A lot. She went to jail numerous times. She was messed up most of the time. She even spent time in the penitentiary. It was so hard to see my mother like that. She went to treatment several times and maintained sobriety for short periods. But I never had my mother. Not really. She had been stolen from me by a substance that was much stronger than I was.

I was naive back then. I didn’t understand the death grip it had on her. Her usage quickly escalated like a slow moving train working up speed slowly, then getting faster and faster and eventually traveling at an out of control high rate of speed…then crashing into the side of a mountain. It demolished most everything in its path….people, hopes, dreams, relationships, goals – everything!

I’m not exactly sure when my thinking actually changed…when I stopped taking her actions and choices personal. But somewhere along the way it changed. Maybe it was all the prayers that were being prayed for me or the stories my family told me to help me see my mother in a different light. Maybe it was the letter I got with a $10 check saying how sorry she was for pawning the television and she would send me a $10 check every month until I felt the debt was paid. She had very little money. That was who she truly was…a caring, kind, tenderhearted, broken soul.

Whatever it was, I am so thankful. Because after that, it wasn’t personal anymore. I understood mother never chose the drugs and alcohol over me. IT WAS NEVER ABOUT ME. It was about her and her issues. My hurt and pain no longer came from my mother’s mean words or awful selfish actions. Yes, she frustrated me and caused me great stress but most of my pain came from what she was missing, the pain she caused herself and the way she was living. I knew there was so much more to life. So much joy and love she was missing out on. That’s what made my heart hurt. That’s what made me cry myself to sleep at night. When I got to this place her hateful words didn’t have the sting or power. I forgave her as quickly as she spewed out her drunken venom. It was a much more peaceful place. I still cried a lot but it was for her pain not mine.

Instead of showing anger and resentment I tried to show empathy and love with healthy boundaries. I wasn’t perfect and failed a lot. But I knew it wasn’t about me. It had nothing to do with me. All of the fears about me not being good enough or something being wrong with me weren’t at the forefront of my mind. I was an innocent girl who had to watch the devastating destruction of my mother. It was painfully hard to watch and to feel but I knew it was nothing compared to what she was feeling. I had learned enough to know as long as she stayed messed up she didn’t have to deal with her own tough feelings. She could avoid the guilt temporarily. But as soon as she was clean she had to deal with all of the consequences, feelings of guilt and disappointment that had accumulated over the last forty plus years. I can’t even begin to imagine how painful it would be. I guess in some ways it was easier to stay messed up. It’s hard for me to deal with my own guilt sometimes. I can’t imagine trying to deal with a lifetime all at once.

I never really had my mother. She was sixty one when she died April 1, 2015. I was forty three.

It was never about me.